Renamed in 2017 to replace the GP2 Series, the FIA F2 is the feeder series to F1. Founded in 2005, the GP2 Series has been a talent incubator that has seen the emergence of several future F1 world champions, such as Nico Rosberg and Lewis Hamilton, both crowned with ART Grand Prix, respectively in 2005 and 2006. Crowned in 2015 at the wheel of an ART Grand Prix single-seater, Stoffel Vandoorne holds the record for the number of successes in the GP2 Series (11). In 2018 and 2019, George Russell and then Nyck de Vries won the F2 Drivers’ title with ART Grand Prix. The Dutchman becomes the driver with the greatest number of victories in F2 (8).
Meeting performance and safety criteria similar to those of F1, the F2 series is the ideal training school for young drivers. 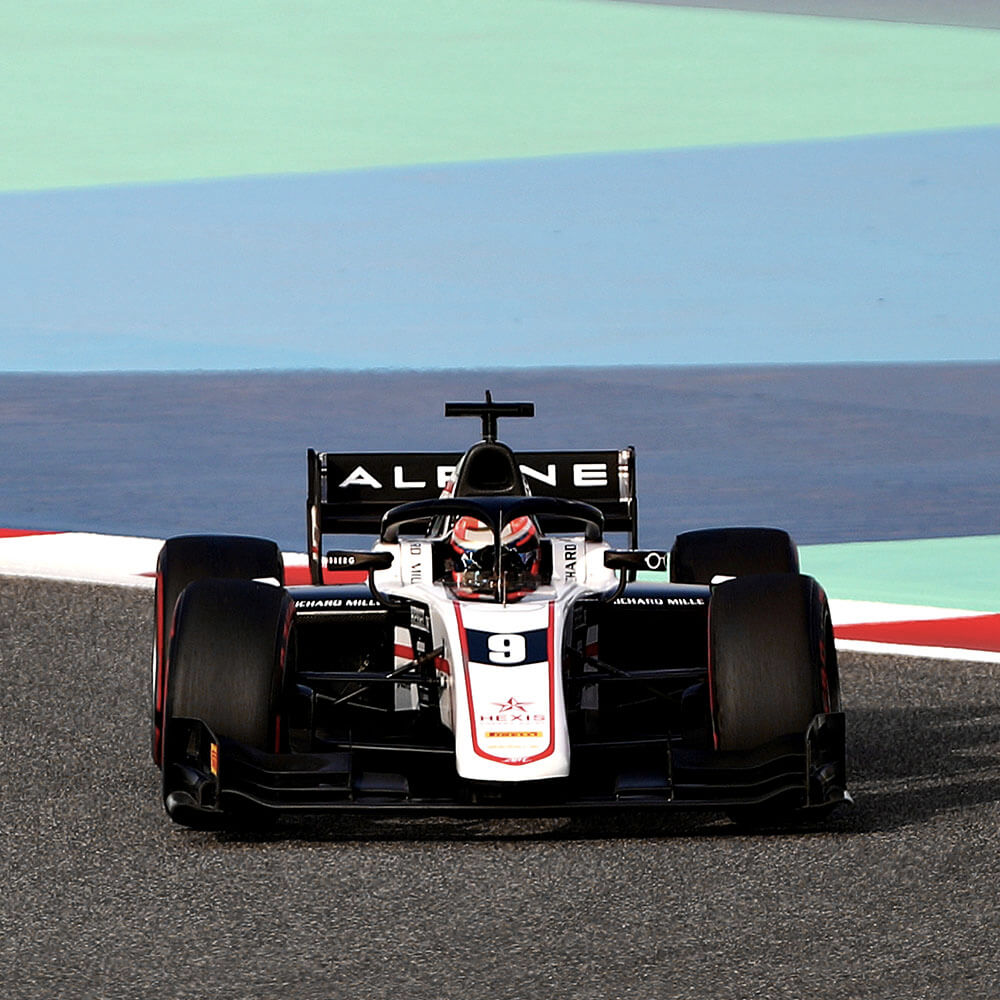 FIA F2 2020 uses the most modern technologies of motorsport in order to meet the requirements of FIA : carbon-fiber monocoque equipped of the halo, supercharged V6 engine, gearbox with choice of gears on the wheel, 18 inches wheel rims, carbon brakes, refined aerodynamics and DRS.

We use cookies to give you the best experience on our site.

You can find out more about the cookies we use or deactivate them in the settings.

This website uses cookies so that we can provide you with the best user experience possible. Cookie information is stored in your browser and performs functions such as recognising you when you return to our website and helping our team to understand which sections of the website you find most interesting and useful.

Strictly Necessary Cookie should be enabled at all times so that we can save your preferences for cookie settings.

If you disable this cookie, we will not be able to save your preferences. This means that every time you visit this website you will need to enable or disable cookies again.